Attended by a demonic manservant and an angelic maid, the first female Pope has died. She now wants nothing less than a cosy retirement in paradise, but Someone has other ideas and the elevator going upwards gets stuck. It's a Day of Wrath! What does St Peter, the Caretaker, know? Does he hold the key to the plot? Accompanied by piano duet and a choir of heavenly voices, this is a satire that confronts the ridiculous, the sublime, love, death and comic opera all at the same time.
A comic opera - with an Italian hue
​
On Sunday 1st September 2019, the lift carrying Pope Francis to the Papal balcony got stuck. In the opera, this incident becomes a Dantesque dilemma concerning the destination of the soul. In this case, the Pope, now dead, is female. “She’s done some mighty good by cleansing the Church as only a woman could” - and so she’s now destined to carry on the good work in Hell. Ignacio, the demon valet, Hades’ son, is worried how daddy will react to a woman in charge. In any case, the Pope refuses the offer, but this begs the question - why is the lift not taking her skywards?  It takes a visit from St Peter to sort things out: it’s revealed that the Pope had a son from an affair with the Goddess of the Underworld... now a lusty young man, Ignacio’s desire for Arianna, the chambermaid, must produce the sparks that will ignite the cleansing fire of Purgatory. 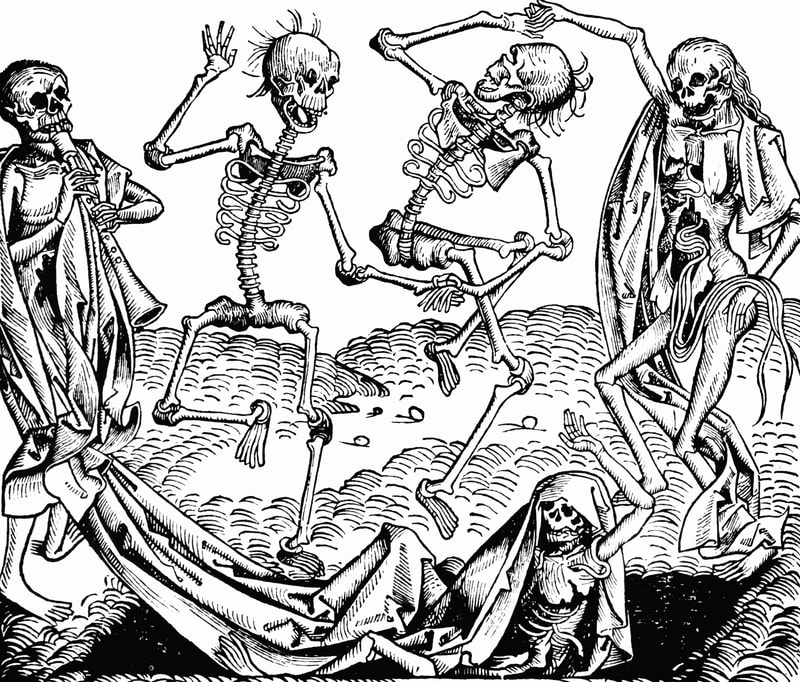 The Duchess of Padua